For our 2021 large grant, the trustees of Paristamen are inviting bids for an imaginative project under the heading: Christian Hope in a Post-Covid Scotland. (This is the last in a series of large grants funded by a legacy we received in 2014: for programmes in earlier years please see below).

The coronavirus crisis has had a massive impact on people’s emotional and spiritual wellbeing. The restrictions of the crisis have meant many fewer people have been able to attend churches or receive Christian pastoral care.  As Scotland begins to emerge from the crisis, especially as vaccines become widely available, The Paristamen CIO is looking to fund an innovative project that will enable people to receive emotional and spiritual support to rebuild a sense of Christian hope at this time.

The project could be Scotland-wide or more local.  It could be led by a single Christian charity or by a consortium of churches. We anticipate the grant will cover a combination of staff costs and major PR initiatives to reach participants: but we do not wish to be prescriptive – we are prepared to consider any kind of proposal that falls within the terms of the invitation to bid (PDF 5 pages). The deadline for bids is 5 February 2021, but we welcome informal discussions prior to the deadline (please see details in the invitation).

Large Grants Programme from Prior Years

2020: Support to Refugees and Asylum Seekers in Scotland

For our 2020 large grant, the trustees were delighted to invite bids for a one-off £20,000 grant in the field of Action to Support Refugees and Asylum Seekers in Scotland.

For full details please see the invitation to bid. We were pleased to receive seven applications. Although we normally make large grants as a single award, we had two bids that were both extremely strong in different ways. After extensive discussions, the 2020 grant was split into two elements.  A grant totalling £5,885 (payable in two stages) was awarded to Govan Community Project in Glasgow, for a project supporting asylum seekers with ESOL (English for speakers of other languages) which adapted to a remote teaching approach in the light of the coronavirus crisis. In addition a grant of £14,000 was award to the Scottish Refugee Council for a project Speaking up for refugee rights.  The aim is to enable SRC to engage more proactively with the media to ensure a strong and influential voice on refugee rights, and thereby to achieve better policy decisions and improved understanding of asylum seekers and refugees in Scotland.  The grant (which is supported by further funding allocated by SRC itself) will enable SRC to appoint an additional full time member of staff for the first half of 2021.

2019: Support for a Specialist Medical Condition

For the 2019 large grant, the trustees made a £20,000 grant to a charity focused on a specialist medical condition that currently receives little funding.  After discussions in principle and a detailed application, the grant was been awarded to the charity Hoarding UK which provides specialist help (UK wide) to those affected by hoarding disorder and professionals dealing with those affected.  Our grant comprises a £5,000 unrestricted grant to support building the capacity of Hoarding UK as a charity and a £15,000 project grant (payable in instalments) to support expansion and development of the Hoarding UK’s helpline and advocacy services.  Hoarding UK’s final report confirms that the projects supported by Paristamen were very worthwhile in enhancing the charity’s work.

2018: Community Cohesion in Yorkshire in the lead-up to Brexit

In January 2018 Paristamen invited bids for a single grant of £20,000 to a charity able to lead a significant project under the umbrella heading of Community Cohesion in Yorkshire in the lead-up to Brexit. We said that the project should be delivered in the year 2018/19, leading to a high profile conclusion on or shortly before 29 March 2019 when the UK was expected to leave the European Union under the Article 50 process.

We received a number of bids, and following careful evaluation and further discussions the grant was awarded (in three instalments) to the Bradford-based charity Artworks Creative Communities (ACC) for a project to make a documentary film including interviews and discussions across the Yorkshire region, seeking to bring together those on different sides of the debates around Brexit in sessions described as “Brexit cafes”.  The project, entitled EU Bah Gum! has its own website: it used volunteers teams to undertake the filming, under the supervision of Camershy CIC.  The film was officially launched at an event in Bradford on 21 March 2019 and received coverage on BBC television and a wide range of media.

The film EU Bah Gum! – Yorkshire voices on Brexit is now available via Youtube (50 mins) for anyone to view: we believe it will be a very useful resource to anyone looking to develop dialogue and reconciliation around views on Brexit and its impact.  A final report on the project was received from ACC at the end of March 2019.

2017: Conflict Resolution and the Refugee Crisis

For our 2017 large grants programme we invited bids for a single grant of £20,000 for a project in the field of Conflict Resolution and the Refugee Crisis.  We indicated that the trustees were looking to support a charity with a strong track record of international work in a country or countries experiencing major conflicts, where the impact of that conflict is so serious that significant numbers are forced to flee as refugees.

Ten applications were received: in terms of the regions, one application was for work in Yemen, one in Iraq, two in Syria, two in Lebanon (working with Syrian refugees), one in Northern Uganda, one in DRC, one in Palestine,and one in South Sudan (as awarded).  These were carefully reviewed by all three trustees.  In March 2017 the trustees announced that a £20,000 grant had been awarded to CAFOD for a short term project working with refugees (especially girls and women) in South Sudan.

A final report on the project was received from CAFOD in November 2017.  The trustees also sought further explanations from CAFOD on the finances of the project once it was concluded and these were received.

2016: Christian Perspectives on Death and Dying

The trustees were delighted to confirm in June 2016 that, following an open invitation to submit bids, the Paristamen CIO made its first ever “large grant” offer for £20,000 – four times larger than any previous grant.  The award was  to Cardiff University to lead a project on Christian Perspectives on Death and Dying.   A further grant of £2,500 was subsequently made to the same project for the launch of an online resource.

The project is providing opportunities for Christians from a wide range of backgrounds and different churches to explore issues around death and dying, following the requirements stated in our invitation to bid (see link below).  The project is 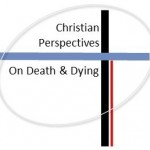 Six conferences took place around various locations in England and Wales during 2016/17 and the online resource www.christiandying.org.uk was launched at an event in London in October 2017.  This provides a wide range of tools and resources (audio, video, slides, guidance, reports) to enable others to organise conferences and workshops that will enable Christian groups to engage with ethical debates around death and dying.  The final report of the project (PDF 2.3MB, 9 pages) is also available here – but those interested are recommend to access the full resource site.

Background: We invited bids for a £20,000 grant from charities with relevant expertise on death and dying issues to launch a significant new project to promote debate by churches and individual Christians on these issues – including the key legal and ethical issues.  For the invitation to bid (now closed) please click here (PDF 5 pages).

Note: Although this award was made to a university, and may enable the team to produce research outputs in due course, our grant is not specifically a research grant – rather the focus is to support Christian activities and events for reflection and discussion on death and dying issues and the development of related resources.